Visit what remains of this ancient Greek city and its theater - in a beautiful natural site, perched on white cliffs above the sea, just west of Agrigento.

Visit a city, Eraclea Minoa, which stretches out on a white promontory towards an enchanting seascape

The remains of the city of Heraclea Minoa lie on a white promontory surrounded by a beautiful seascape with high vertical cliffs, on the eastern shore of the river Platani. The history of archaeological research here began only in 1950, when Ernesto De Miro discovered the theater, which is inserted within the regular pattern of the city that rises on terraces sloping to the southwest. The city was protected by an imposing wall (about 6 km in length), which encompassed the entire expanse of the plateau, up to the river Platani. A remarkable sector of the town was brought to light, on the plateau south of the theater. Two overlapping layers of dwellings were ascertained, pertaining to the Hellenistic period and the Roman Republican period respectively.

Open from Monday to Friday: 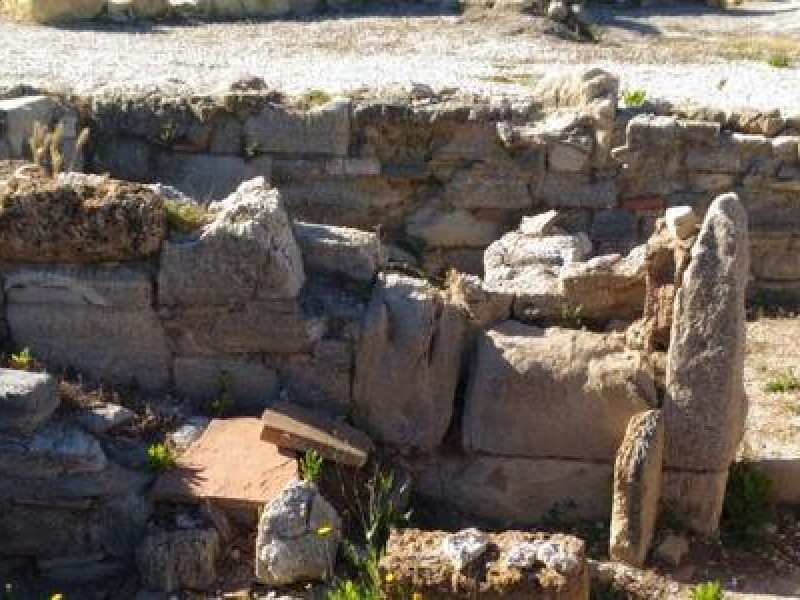 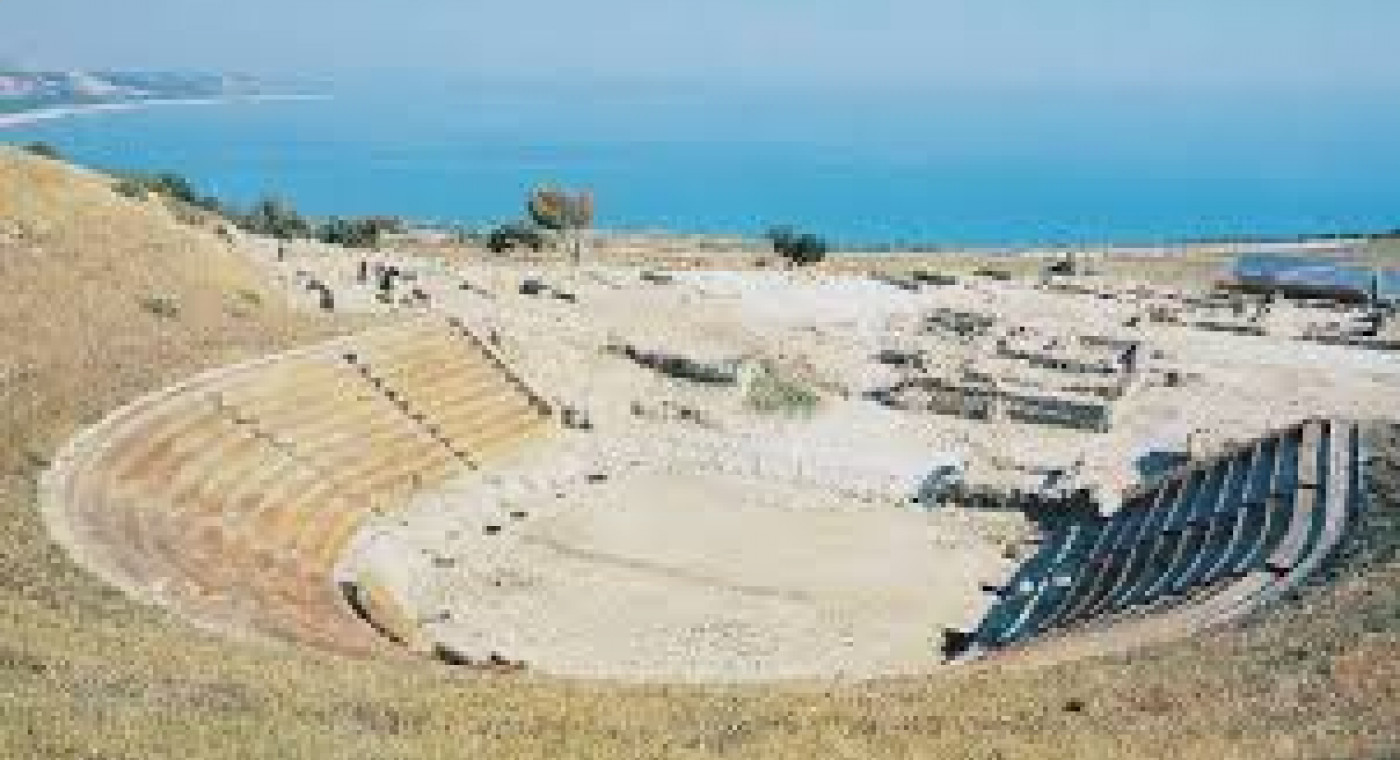 The remains of the city of Heraclea Minoa lie on a white promontory surrounded by a beautiful seascape with high vertical cliffs, on the eastern shore of the river Platani, on the southern coast of Sicily.

The history of archaeological research here began only in 1950, when Ernesto De Miro discovered the theater. A series of archaeological digs took place until 1964. The theater is inserted within the regular pattern of the city, which rises on terraces sloping to the southwest. The city was protected by an imposing wall (about 6 km long), which encompassed the entire expanse of the plateau, up to the river Platani. A remarkable sector of the town was brought to light, on the plateau south of the theater. Two overlapping layers of dwellings were ascertained, which pertain to the Hellenistic period and the Roman Republican period respectively.

Two houses from the 4th to 3rd century BC, contemporary with the theater, have been dug up. They were inserted in a system with parallel and orthogonal roads. The two houses are characterized by a simple ground plan: a square structure with a small atrium with a central courtyard.

House A was only one floor with a courtyard provided with a large cistern in which the waters were collected  from the roof. The quadrangular altar of a domestic shrine (Lararium) is preserved in the northwest corner of the courtyard and the small shrine for the house deities (Lares) is visible in the eastern wall. The floor of the space is in Opus signinum, a building material used in Ancient Rome made of ground tiles mixed with mortar. The floor is decorated with a white pattern, while the walls retain leftovers from the stucco decoration (Pompeian style).

House B had an upper floor with rooms destined for living. The rubble from their collapse (raw wall bricks, threshold slabs, stucco, plaster, floor in decorated Opus signinum and mosaic) filled the rooms of the ground floor. The state of preservation of the walls is exceptional, not only in the stone part but also higher up where the raw bricks were used. The walls were covered with painted plaster, of which remains the base layer.

During the 2nd to the 1st century BC, the layer with the city from the 4th to the 3rd century BC (level II) became the foundation for the village of level I, which could be identified as belonging to the colony created to repopulate established by the Roman praetor Publius Rupilius at the end of the First Servile War (132 BC). This village consists of houses that generally have two or more rooms distributed around a courtyard with hearth. The walls are built with a base of gypsum stone blocks and higher up with raw bricks. The organization in city blocks (insulae) framed by north-south roads that cross with east-west roads retraces the ground plan of the previous phase. Towards the end of the 1st century BC, the city was abandoned and literary sources no longer mention it. The area outside of the city was again settled in early Christian and Byzantine times (3rd-7th century), with the construction of a large basilica and a connected cemetery.

The theater of Heraclea is not mentioned by ancient sources. It is included in the perimeter of the fortification walls, and placed in the cavity of a hillock. The koilon (auditorium) is open to the south, against the prescriptions of Vitruvius who recommended to avoid such an exposure as it would cause the concentration of heat in the hollow.

The koilon consists of ten orders of steps in sandstone ashlars, while carved in the rock are the praecinctio (the walkway between lower and upper seating rows, at 8.90 m above the level of the orchestra) and the surrounding walkway across from it. The koilon, which is accessed from the front by four steps, is divided into nine sections (kerkides) by eight stairs (klimades). The side walls or analémmata are quite well preserved, with their eight ascending rows of ashlars of tuff marlstone.

A service ambulatory separates the steps from the proedria (first row of seats for the authorities), which is formed by an order of benches with backrests and armrests. Between the orchestra and the ring of ashlars that borders the koilon is the euripos (a drain), 1.25 m wide.

The theater of Heraclea did not have a real stage, but cables for fixing the beams of a wooden podium have been identified in the stage area.

Between the 2nd and the 1st century BC, the theater was abandoned, during this time some structures of the village of layer I were built against the side walls.

The theater has been the subject of recent restorations consisting of stone consolidation and the placing of a temporary cover over the seating area.

The remains of the city walls built between the end of the 6th and the end of the 4th century BC are also visible, with an estimated length of about 6 kilometers. To the north-east of the walls there are still eight square towers, and the district of the Hellenistic and Roman houses built according to the insulae urban planning system, separated by parallel roads (see “The City”).

At the entrance of the archaeological area, you’ll find the Antiquarium, which displays interesting finds such as ceramics, terracotta, tombstones, archaic statuettes of Sicilian goddesses, a beautiful female head from the 4th century BC, and fragments of Iberian ceramics of the neo-eneolithic period coming from the houses of the archaic and Hellenistic city and a selection of ceramic exhibits and votive statuettes from the city and the necropolis.

Open from Monday to Friday:

HOW TO GET THERE

Heraclea Minoa (Eraclea Minoa in Italian) is connected with Palermo, Catania, and Agrigento with a bus service.

The nearest civil airport to Cattolica Eraclea is Palermo-Punta Raisi. From the airports of Palermo and Catania, daily connections with scheduled buses.

The nearest train station is Agrigento Central, which is 40 Km away.