The three most important Roman sites - on one easy ticket.

Here are some passes and cards to help you save money and time on your Rome vacation. You'll also avoid the hassle of having to carry money to pay for each entrance of the Colosseum, the Palatine Museum and the Roman Forum.

The COLOSSEUM is probably the most famous monument in the world. With its height of 48 meters (157 feet), the colossal elliptical structure has fascinated humans throughout history.
Construction of the Colosseum was begun under Vespasian as a symbol of the grandeur of the Roman Empire. It was inaugurated by Emperor Titus in the year 80 AD. The popular name of "Colosseum" is due to a statue ("colosso") of Nero once situated next to the arena. The original name of this ancient Roman sports arena, the largest arena of its kind, is the Amphitheatrum Flavium.

The exterior borrows elements from Greek architecture. Every arch is framed by columns. From the bottom to the top, the columns are Doric, Ionic, and Corinthian. The attic is decorated with Corinthian pilasters. Here, small windows once alternated with bronze plaques. Marble and metal were taken from the facade and interior of the Colosseum for use in later buildings.

The design of the Colosseum is a triumph of functional planning. The Colosseum consisted of four floors. It stood 160 feet high with four stories of windows, arches, and columns. It could easily accommodate as many as 50,000 spectators who entered through the 76 gates on the ground level. Two of the entrances were used by Emperor Titus and two for the gladiators. Barrel-vaulted corridors gave access to tiers of seats. The spectators were seated by rank with the topmost seats reserved for women and children.

The basement level, now exposed, was covered with a wooden floor strewn with fine sea sand. The level underneath contained elaborate corridors, service rooms, elevators, gladiatorial barracks, and rooms for wild beasts. During the first ten years of its existence, the stadium was filled with water and used for mock naval battles called Naumachie.

Most shows lasted all day beginning with comedy contests and exotic animal shows in the morning and professional gladiator events in the afternoon.

The ROMAN FORUM was the center of political, commercial, and judicial life in ancient Rome. “Forum” was the name the Romans gave to the central square of the urban settlement – this busy, crowded place was in many ways similar to the pulsing center of a modern city. Here the masses would flock to see the meetings of the orators, attend criminal trials, and discuss internal politics or the latest military campaigns, or quite simply to comment on the games or run races (an activity the Romans particularly enjoyed). The largest buildings were the basilicas, where legal affairs were addressed. According to the playwright Plautus, the area teemed with "lawyers and litigants, bankers and brokers, shopkeepers and strumpets, good-for-nothings waiting for a tip from the rich.”

As Rome's population boomed, the forum became too small. Julius Caesar built a new one in 46 BC, setting a precedent that was followed by emperors from Augustus to Trajan. As well as the Imperial Forum, emperors also erected triumphal arches to themselves, and just to the east Vespasian built the Roman's entertainment center, the Colosseum. The valley of the Forum followed the course of a stream by the name of Velabrum, which had eroded the bank of volcanic tufa meandering between the Palatine and Capitoline hills toward the Tiber.

The area around the Forum was also home to markets, shops, and taverns. You could also find the typical Thermopolia, the ancient equivalent of today's fast food restaurants. In short, the Forum was the heart and soul of city life.

Full price tickets only.
Children up to 18 years are entitled to free tickets; they can collect them at the reservations office at the time of collecting the full price tickets of the rest of the group, without queuing up, at a cost of 2 euros to be paid in cash. 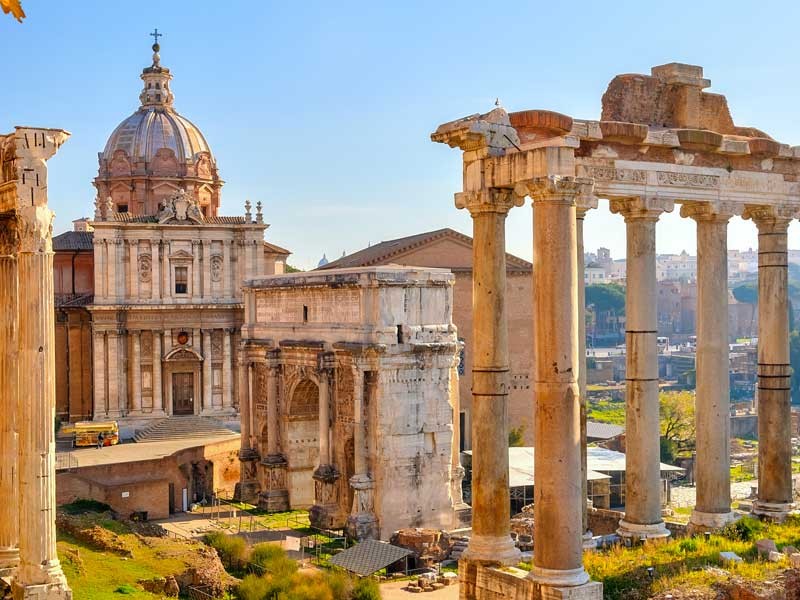 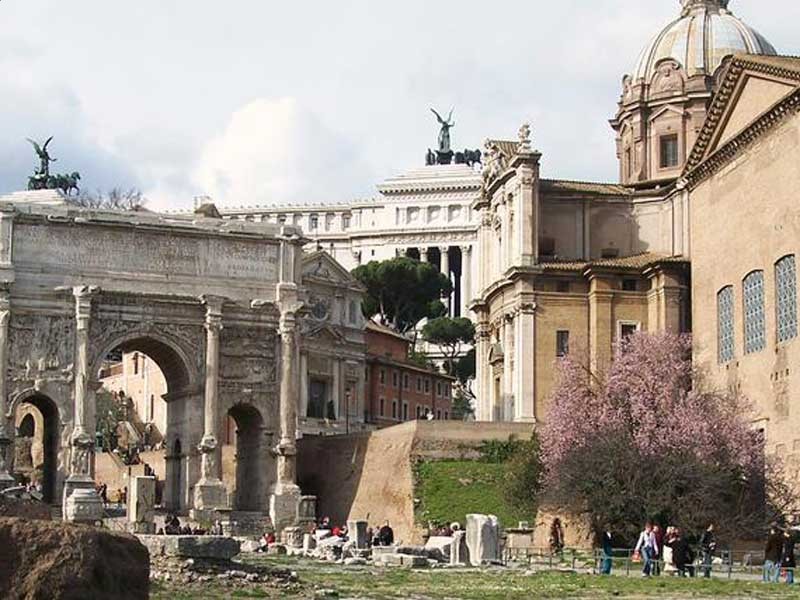 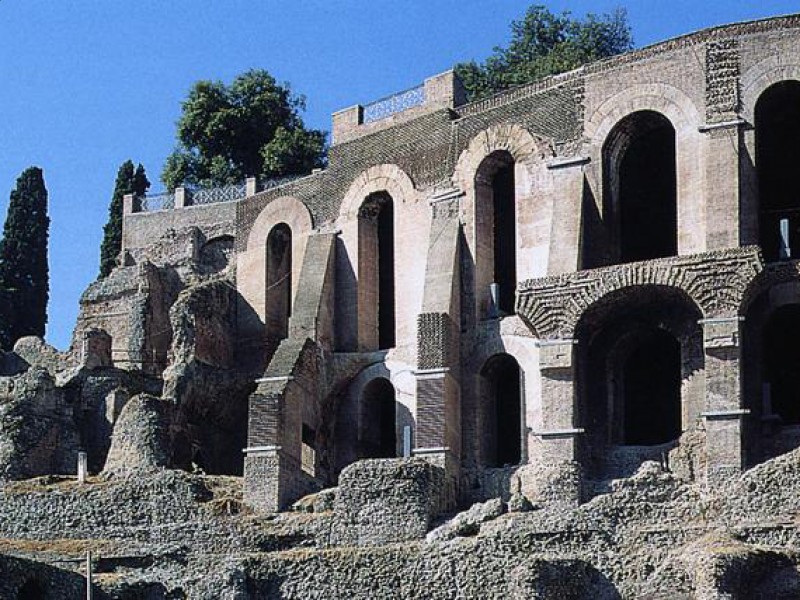 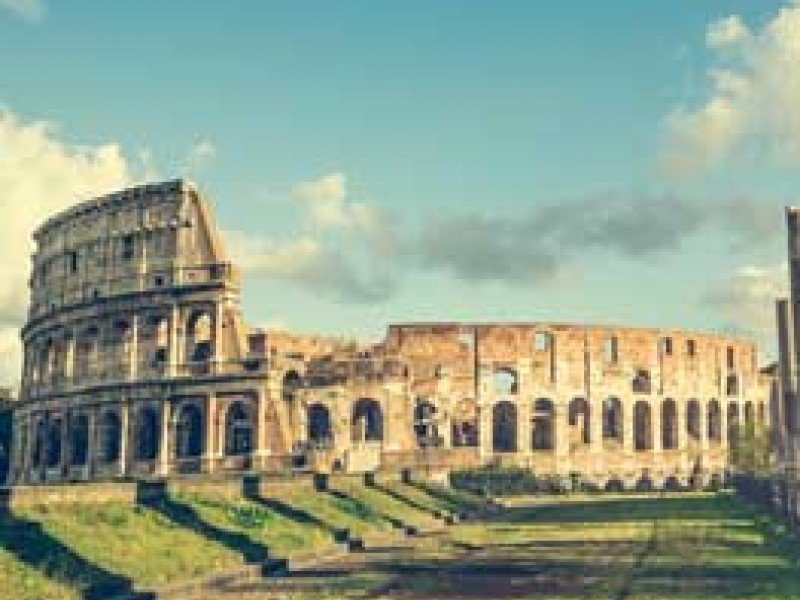 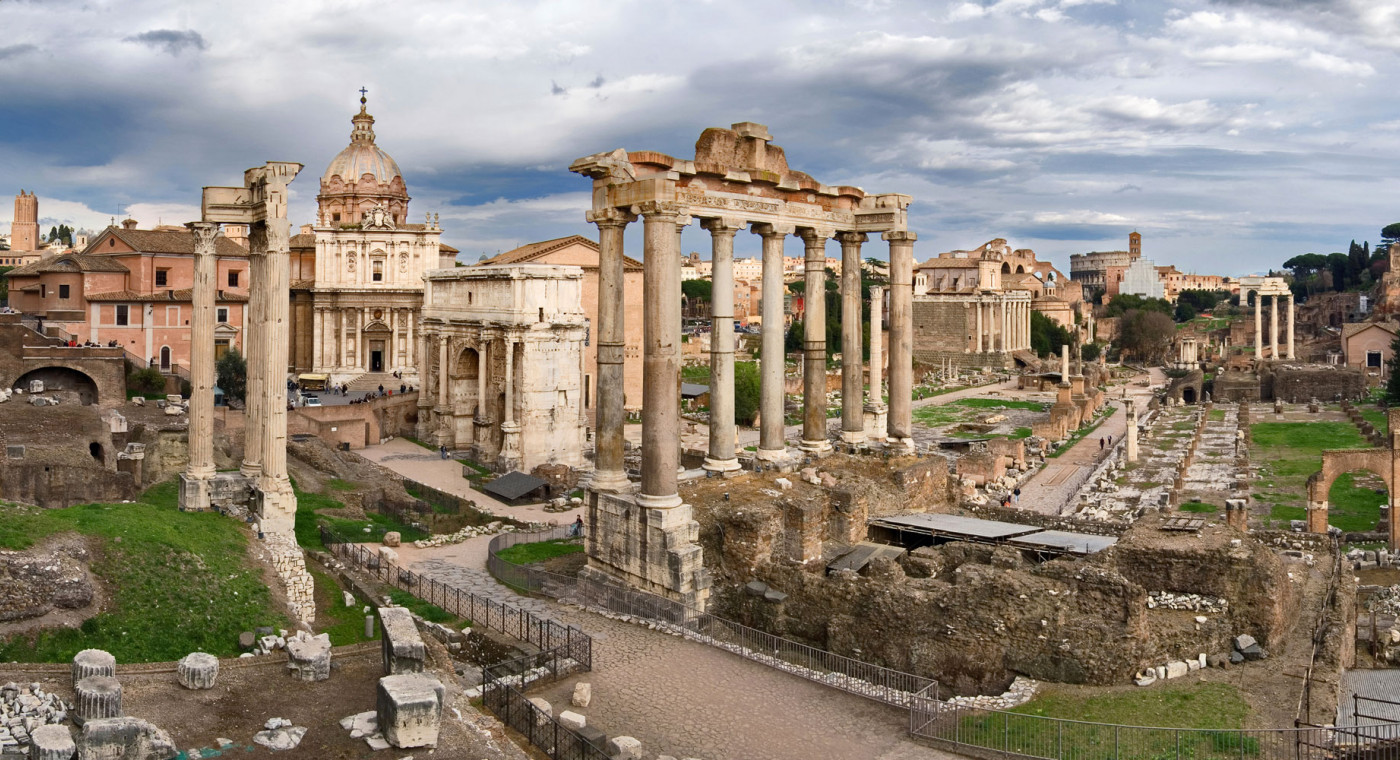 Rome was born here! Visit one of the most famous monumental complexes in the world hassle free: Save time and money with our special Colosseum, Palatine Museum and Roman Forum Combo Ticket.
Ticket is valid for the Colosseum and the Palatine Hill with the Palatine Museum and the Roman Forum.
Ticket is valid for two days from pick up and allows one entrance to each site.
Reservations must be made with a minimum of 1 day notice.
Reservations are limited to 13 persons maximum.

The PALATINE ANTIQUARIUM MUSEUM is located on the Palatine Hill, on top of what was once the palace of Domitian. The former Convento della Visitazione was built here in 1868. The museum was set up around 1930 by Alfonso Bartoli. In the beginning, only the first floor was used to exhibit the most important material, including findings from Diocletian's Baths. After WWII, items of greatest artistic importance were relocated to the Museo Nazionale Romano, while the Palatine Museum was dedicated to exhibiting items relating to the topography of the Palatine Hill and its monuments.

The museum was reorganized by the end of the 1960's. After a long closure period and recovery of Diocletian's sculptures, the Palatine Museum reopened to the public showing the artistic culture of the Domus from Augustus to late imperial times.

The Palatine Museum is entirely devoted to ceramics, frescoes, mosaics, inscriptions, sculptures and portrait heads actually found on the hill. Given the lasting importance of this relatively small area of the city, the museum's mere nine rooms offer a remarkably rich and comprehensive tour through ancient Roman history and art.

Once the visit is confirmed, you can not cancel or modify.

Full price tickets only.
Children up to 18 years are entitled to free tickets; they can collect them at the reservations office at the time of collecting the full price tickets of the rest of the group, without queuing up, at a cost of 2 euros to be paid in cash.