The treasures of the Farnese and Borbone collections is in one of Italy's foremost museums! 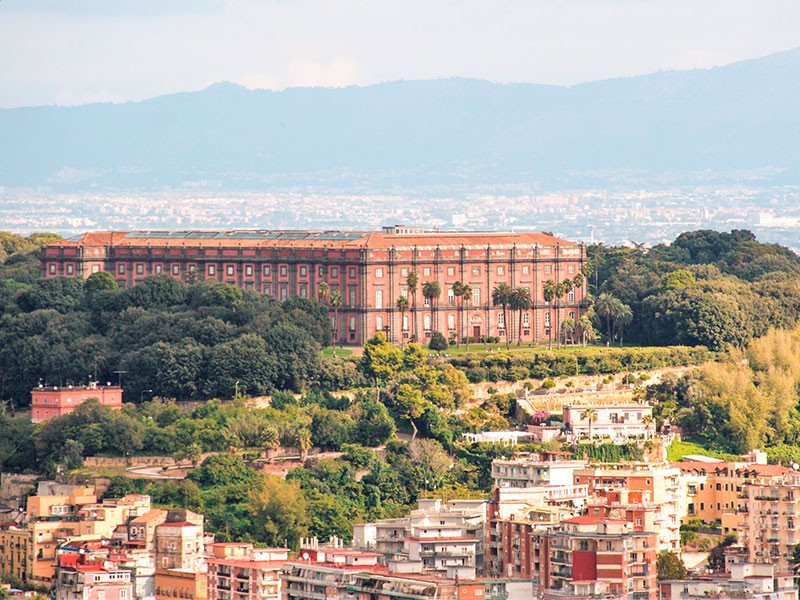 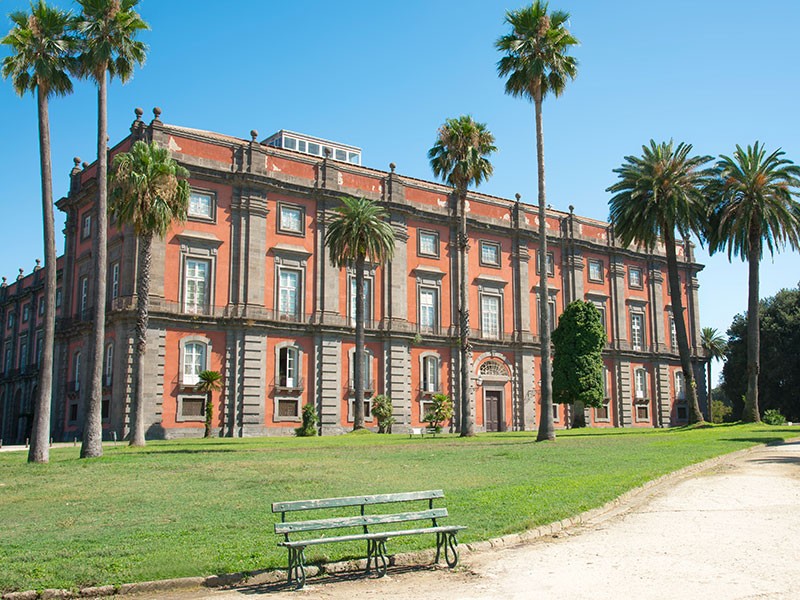 Charles of Bourbon (Carlo di Borbone) decided to build a hunting retreat on the Capodimonte hill in 1738. Executed according to a plan by Antonio Medrano, the building was completed a century later. From 1758 to 1806, Charles of Bourbon transferred the historical and artistic treasures of the Farnese collection inherited from his mother Elisabetta to the Neapolitan palace. To this impressive collection he added works the Bourbon family had collected at their palace in Rome.

During the French occupation from 1806 to 1815, the edifice became a residence. The rooms of the Palazzo were furnished to accommodate the new sovereigns, and all the art work and antiques were brought to the Palazzo degli Studi building, which would later become the National Archaeological Museum.

In 1920, the palace passed from the Crown to the State. In 1957, the Museo e Gallerie Nazionali di Capodimonte, one of the most important Italian museums, opened to the public.

The Farnese collection, started by Alessandro Farnese (later Pope Paul III), has two branches: the Roman collection (with works by Raphael, Sebastiano Del Piombo, Titian, El Greco, the Carracci brothers, and Botticelli) and the Parmesan collection (important Flemish works as well as works by painters from the Emilia region). The Farnese collection was inherited by Charles of Bourbon, and was enriched over the course of two centuries with important acquisitions from the Bourbon age, forming what now is named the “Collezione Borbone.”

The museum also preserves a series of paintings coming from Neapolitan churches, among them two Caravaggio masterpieces, one of them the famous Flagellation of Christ.

You will have the opportunity to admire paintings from the Ligurian - Provencal school, from 15th century Tuscany and Verona, from the Emilia and Veneto schools of the 16th , 17th, and 18th centuries, as well as works by mannerists and Flemish painters of the 15th and 16th centuries and a rich collection of painting from the Neapolitan school (15th – 17th centuries).

The second floor of the museum hosts a collection of works by well-known and celebrated contemporary artist, forming an exciting contrast to the historical collections.