On this excursion from Rome, explore Etruscan Orvieto, and Assisi, oasis of art and architecture and birthplace of Saint Francis, one of Italy's most beloved saints.

Journey beyond the modern highways and large cities and discover the real Italy, where small ancient visits are just waiting to be discovered. A tour that unveils the religious architecture of Umbria and the wines and local products of Tuscany.

Journey beyond the modern highways and large cities and discover the real Italy, where small ancient visits are just waiting to be discovered. A tour that unveils the religious architecture of Umbria and the wines and local products of Tuscany. 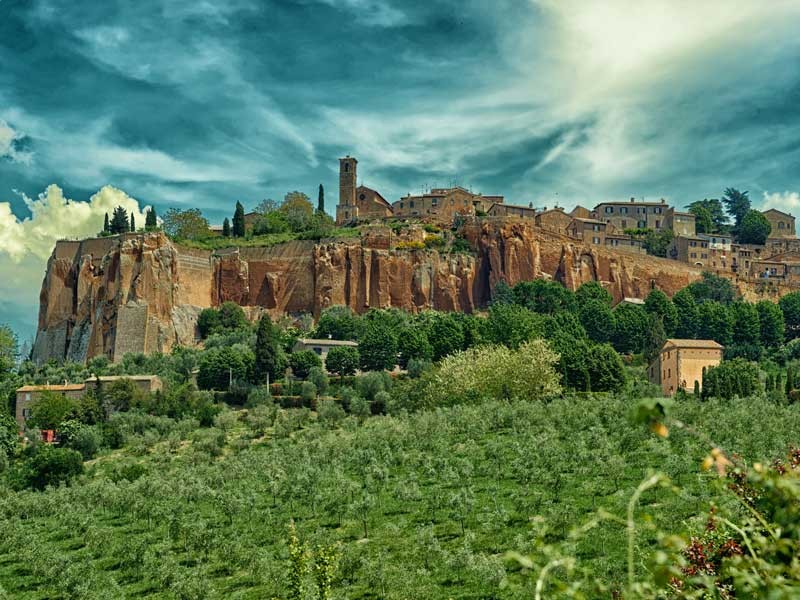 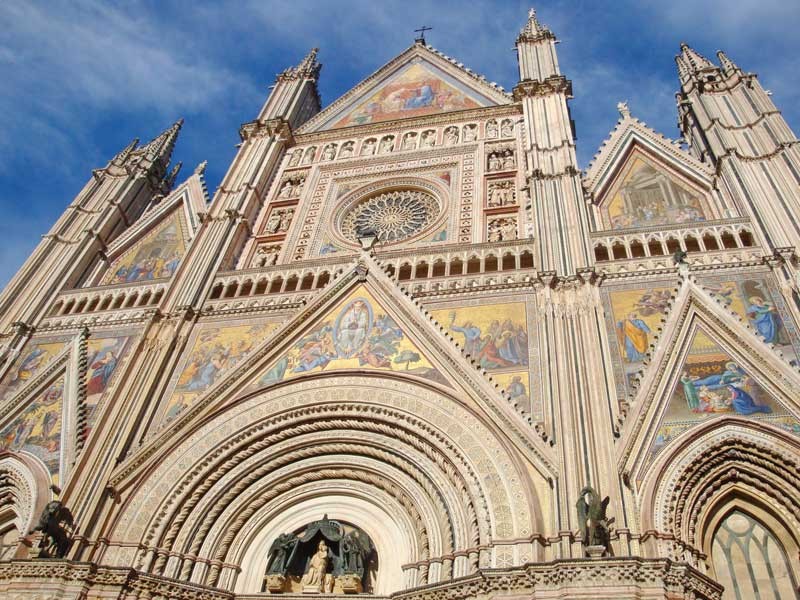 This day tour from Rome will take you beyond the modern highways and large cities to discover the real Italy, where small ancient towns are just waiting to be discovered. Join us on this day tour that unveils the religious architecture of Umbria and the wines and local products of Tuscany.

You'll leave Rome in a northerly direction, across the valley of the Tiber river and reach Orvieto, a small town of Etruscan origins with a magnificent 14th century cathedral, a masterpiece of gothic architecture.

Your bus then continues through the green Tuscan hills covered in olive groves and vineyards. This is the land of some of Italy’s best known D.O.C. (quality controlled) wines, which include Orvieto, Chianti and Brunello di Montalcino - which will naturally be featured during your traditional lunch.

After lunch, your bus will take you past Lake Trasimeno and to Assisi, on the flanks of Mount Subasio. Here, during a guided visit through the streets of this historic town, you will see the Church of Saint Claire, Saint Francis' birthplace, his childhood home, the Town Hall Square with the People's Palace, the Roman Temple dedicated to Minerva and the Town Hall itself. And of course you'll visit Saint Francis' Basilica, close to the ancient city walls, with its magnificent frescoes painted by Giotto, Cimabue, Simone Martini, and others between the 12th and 14th centuries.

Your return journey (180 km approximately) will take you to Rome for arrival at about 7:30/8:00 pm, where you will be dropped off in the vicinity of your hotel.

Eroli Museum of the City of Narni at Palazzo Eroli