The excavations of the ancient city of Pompeii, the breathtaking coastline of the Sorrento Peninsula - and the stunning island of Capri. Roundtrip from Rome.

Two days to discover not only the excavations of the ancient city of Pompeii but also to see the breathtaking coastline of the Sorrento Peninsula and Capri, the jewel of the Mediterranean sea.

Two days to discover not only the excavations of the ancient city of Pompeii but also to see the breathtaking coastline of the Sorrento Peninsula and Capri, the jewel of the Mediterranean sea. 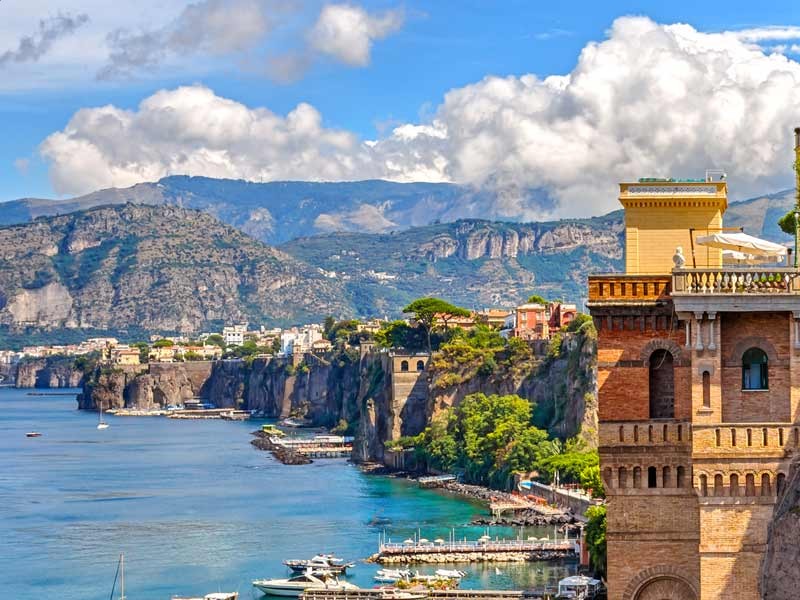 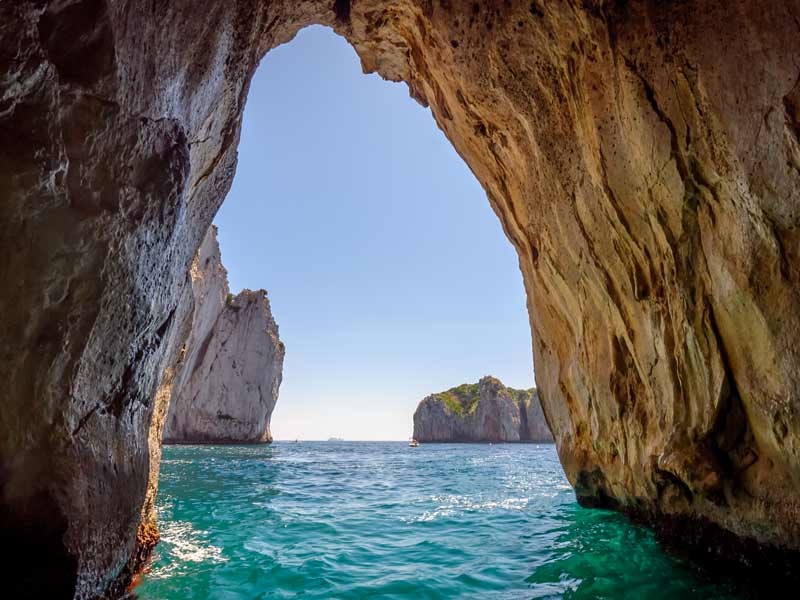 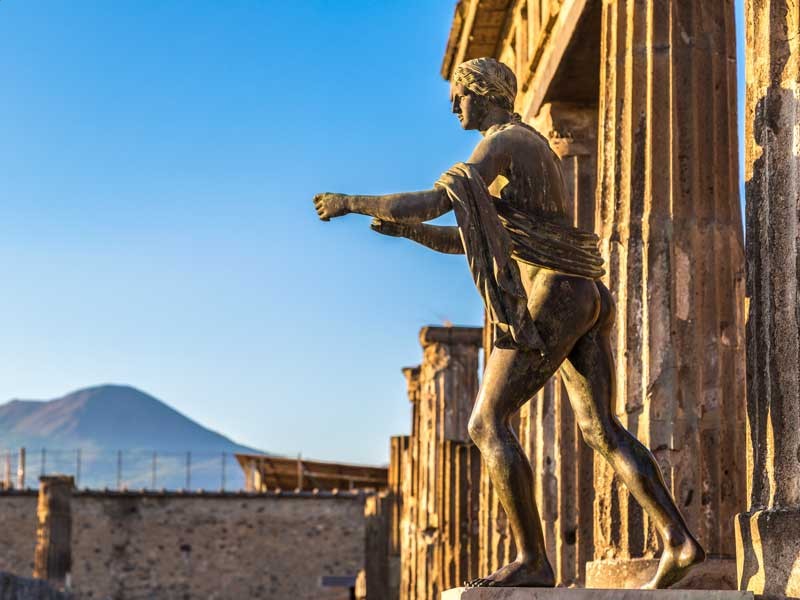 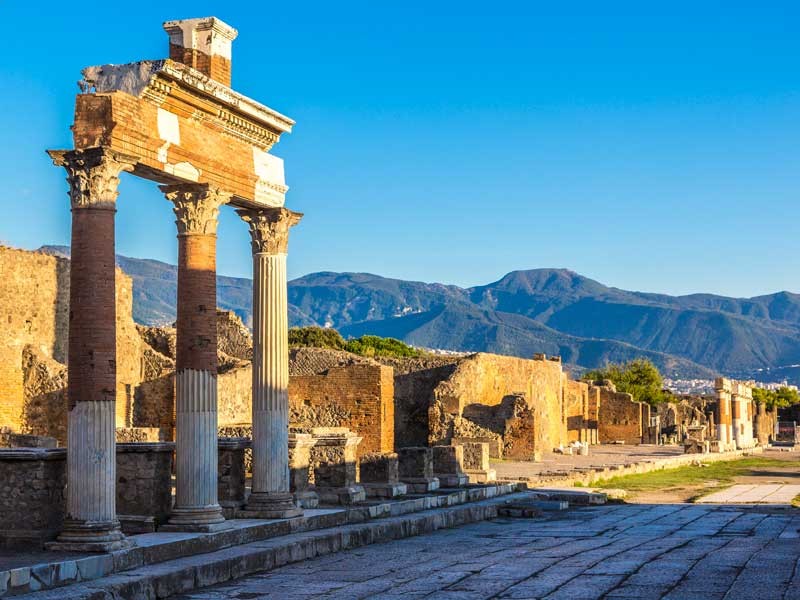 Discover some of the most stunning Italian sites – not only the excavations of the ancient city of Pompeii but also to see the breathtaking coastline of the Sorrento Peninsula and Capri, the “jewel of the Mediterranean.”

Day 1: Your tour bus will leave Rome in a southerly direction on the "Highway of the Sun" crossing the fertile Roman countryside and the area known as "Castelli Romani". Along the highway you will see the imposing buildings of the Benedictine Abbey of Monte Cassino, Benedict of Nursia's first monastery. The Abbey of Monte Cassino is noted for the famous 1944 battle, during the Second World War, which almost completely destroyed it. It was rebuilt after the war, and was newly consecrated in 1964.

Upon arrival in Naples, your tour will take you to the hill of Posillipo from where you'll enjoy one of the most spectacular views of the Gulf of Naples and the towering volcano Vesuvius. You'll then descend towards the port of Mergellina and follow the coastal road to the ancient fishing neighborhood of Santa Lucia with the impressive Castel dell'Ovo. Your city tour continues across the historical center to see Piazza del Plebiscito, the Royal Palace, the Basilica of San Francesco di Paola, the San Carlo Opera House, the Gallery of Umberto I, and the imposing medieval castle Maschio Angioino.

Your tour bus will leave the city and cross the fertile valley of Mount Vesuvius, passing the towns of Herculaneum, Torre del Greco, and Torre Annunziata before arriving at Pompeii, where your first stop will be for lunch.

Time to take a journey back in time – discover the archaeological excavations of Pompeii on foot with a local guide! For about two hours you will see some of what has been discovered in more than 1,700 years since Pompeii was covered by ashes during the eruption of Vesuvius in the year 79 AD. Through the remains and ruins of this ancient city, you will be able to picture the everyday life of the Imperial Age and imagine the experience of the people in those last few minutes before the city was so suddenly buried.

Then, a drive along one of the most beautiful panoramic roads in Italy known as the “Costiera Sorrentina” will take you to the town of Sorrento, which gives the road its name. After, arrive at your hotel, for dinner and overnight lodging.

Day 2: After breakfast transfer to the port of Sorrento and, after approx. 20 minutes by jet boat, arrive at the port of Marina Grande on the island of Capri. Here you will change into small motorboats and then row boats to reach the Blue Grotto (weather and sea conditions permitting), a sea cave in the cliffs of Capri. Two openings to the cave (a small one above water, and a larger one below the water level) allow sunlight to enter creating a magnificent blue illumination.

Minibuses will then take you on a panoramic drive to reach the little town of Anacapri, situated at 280 meters above sea level – from here you will have a wonderful view of the Bay of Naples.

After lunch in a local traditional restaurant, you will have some free time to take unforgettable photographs and purchase local products before taking the boat back to the mainland and then the bus back to Rome. Approximate arrival time will be 8:00/8:30 pm after which you will be left in the vicinity of your hotel.