Your ticket to Siena's most extraordinary art collection - the Civic Museum of Siena at Palazzo Pubblico.

We invite you to discover the Civic Museum of Siena. Based in the Public Palace, a superb example of Gothic architecture and harmonious civil society, the Museum preserves beautiful paintings and sculpture along with frescoes of exceptional artistic and documentary value of the famous Siena school of painting, such as The Majesty, The Guidoriccio da Fogliano, The Good Government cycle and The Famous Men cycle.

Last entrance 45 minutes before the closing time
Extraordinary opening on January 1st from 12:00 to 18:00
Closed on December 25th

IMPORTANT NOTICE: After successfully completing a reservation, you will receive two e- mails: the copy of your order (immediately after submitting your order) and the confirmation mail (one working day after). In order to receive them, please make sure you insert your e-mail address correctly and check that your anti-spam filter or antivirus are not blocking mails from our address [email protected] Special attention for AOL, Comcast and Sbcglobal.net mailbox users. Vouchers will also be available, aftre one business day from the request, at the page http://en.firenze.waf.it/get_vouchers2.php

PLEASE NOTICE: Confirmed time is not always the same time you requested; museum automatically confirms the closest available time (any time) on the same date if requested time is sold out.

Cancellation policy:
Refund is possible, upon presentation to the cashier of unused tickets, in the following cases:
1. Closure of museums due to the Local Council and / or natural events
2. Reduction of attendance up to a maximum of 5 (five) than prepaid. 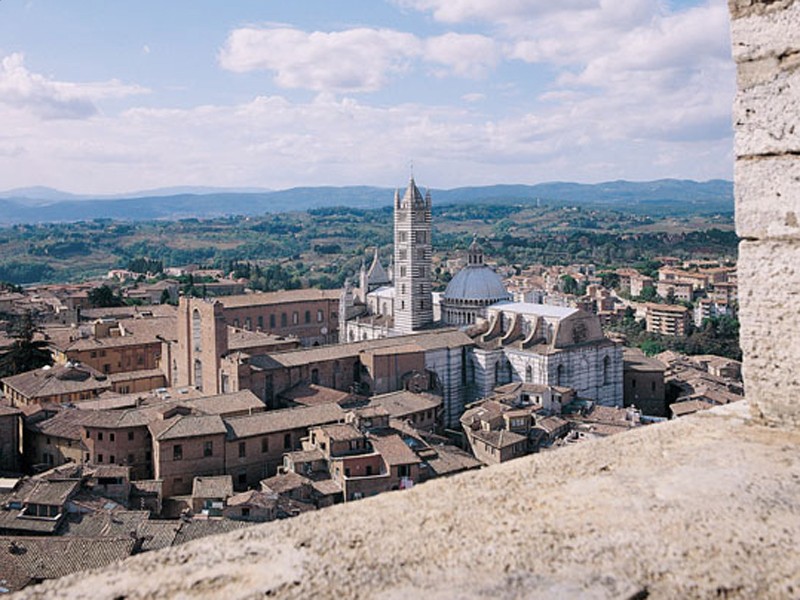 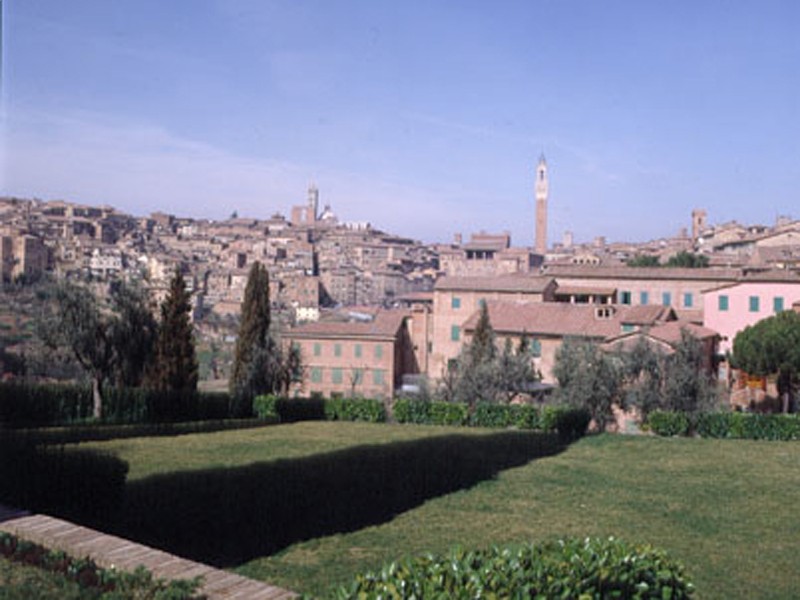 Discover the treasures of the Civic Museum in the Public Palace or Palazzo Pubblico, superb example of Gothic architecture and symbol of the city of Siena. The Museum preserves beautiful works of painting and sculpture, along with frescoes of extraordinary artistic value by the famous Sienese school of painting, such as the Maestà and the Portrait of Guidoriccio da Fogliano by Simone Martini, and the Cycle of Good Government and the Cycle of Illustrious Men.

The Civic Museum of Siena

Discover the treasures of the Civic Museum in the Public Palace or Palazzo Pubblico, superb example of Gothic architecture and symbol of the city of Siena.

Founded in the 1930s, the Museum preserves beautiful works of painting and sculpture, along with frescoes of extraordinary artistic value by the famous Sienese school of painting.

Access the Museo Civico through the superbly proportioned gothic courtyard of the Palazzo Pubblico.

Two flights of stairs lead you up to the Sale Monumentali (grand chambers) of the museum. Immediately to the right is the Sala del Mappamondo, formerly used as the meeting room for the General Council of the Republic of Siena. The room takes its name from a rotating map that showed the lands governed by the city. Painted by Ambrogio Lorenzetti, the large wooden disk was unfortunately lost.

On the far wall of the chamber is the Maestà fresco by Simone Martini, painted between 1312 and 1315. The iconic representation of the enthroned Madonna with the child is still striking today with its delicate use of the chromatic palette and purity of lines. This fresco is regarded as being the first real masterpiece of Simone Martini, who also painted the portrait of the condottiere Guidoriccio da Fogliano in 1328.

Your visit continues through the magnificent Sala dei Nove, used as a meeting chamber for the town’s Governo dei Nove (government of nine councillors). Over the centuries this room has changed name a number of times, from Sala delle Balestre when it was used as an armory to Sala della Pace from an allegorical figure of Peace depicted there. In 1337, Ambrogio Lorenzetti was commissioned to decorate the room with a cycle of frescoes known as the Allegory of Good and Bad Government. The largest secular painting cycle of the Middle Ages, this work is a political manifesto in which the painter has depicted two opposing methods of government along with their consequences.

To the left of the Sala del Mappamondo you will find the so-called Anticappella, once used as an antechamber of offices for the Concistoro (Parish Assembly). In 1415, Taddeo di Bartolo was commissioned to decorate it with a cycle of frescoes depicting The Virtues of Gods and Illustrious Men.  A fine 15th century railing designed by Jacopo della Quercia encloses the chapel. Completed at the end of the 15th century, when the population of the city was on the rise, this railing is larger than its counterpart on the ground floor of the building. In 1407, Taddeo di Bartolo was commissioned to decorate the room with his Storie della Madonna cycle of frescoes depicting episodes from the life of the Virgin.

As you continue your tour through the adjacent passageway - known also as the Sala dei Cardinali, which leads to the Sala del Concistoro, notice the internal doorway in marble by Bernardo Rossellino. The brightly colored frescoes on the ceiling were completed between 1529 and 1535 by Domenico Beccafumi. Inspired by the Lorenzetti Good Government and the di Bartolo Illustrious Men cycles, themes relating to justice and patriotic devotion are once more represented here.

Next to the Sala del Concistoro is the Sala di Balia, also known as Sala dei Priori. Here you will be able to admire frescoes by Spinello Aretino (1407) illustrating the Life of Pope Alexander III.

The Sala del Risorgimento, known also as the Sala di Vittorio Emanuele II, was inaugurated in 1890. The walls are decorated with frescoes of episodes from the Unification of Italy, painted by late 19th century Sienese artists.

Towards the end of your visit, enjoy the view over the southern parts of Siena from the large loggia on the upper floor.

A number of adjacent rooms were reopened recently and contain the Quadreria, a collection of detached frescoes, paintings on wood and canvases both of the Sienese School and by artists from across Italy and abroad.