See the fascinating remains of Nero's opulent villa by discovering the restoration work in progress.

After closing in 2006 for the safety and restoration of the archaeological site, we are glad to announce the opening to the public of the restoration site of the Domus Aurea, for guided tours only, on Saturdays and Sundays.

The new, site specific project includes two measures aimed at increasing the enjoyment of the visitors with multimedia installations that make use of the latest technologies, such as video mapping on large surfaces and virtual reality. The two measures develop along the itinerary, along the in twelve stages of the guided tour through the construction site of the Domus Aurea.

A moving projection regarding the history of the Domus Aurea begins the itinerary in the gallery entrance. A virtual reality installation inside the Hall of the Golden Vault follows. The final experience is a journey through time, a completely new use of the world of technologies applied to cultural heritage, evoking both cognitive and emotional responses from the visitor. 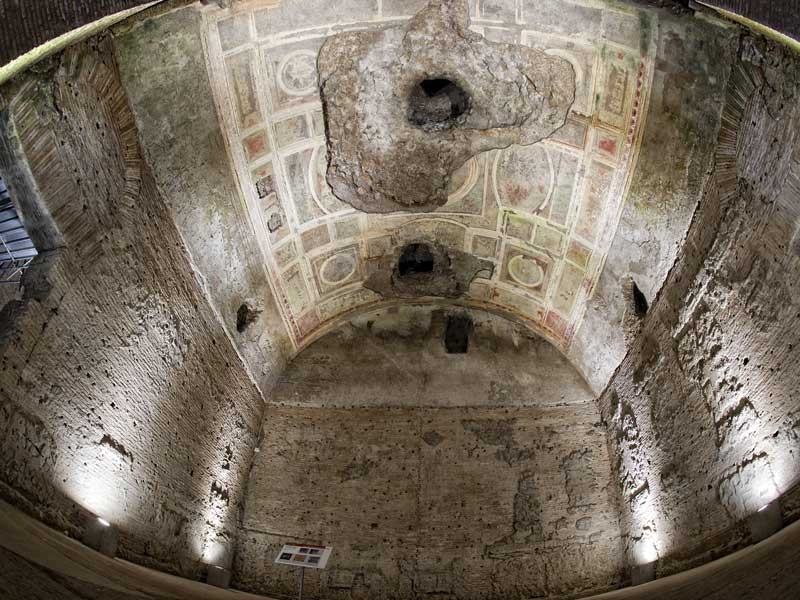 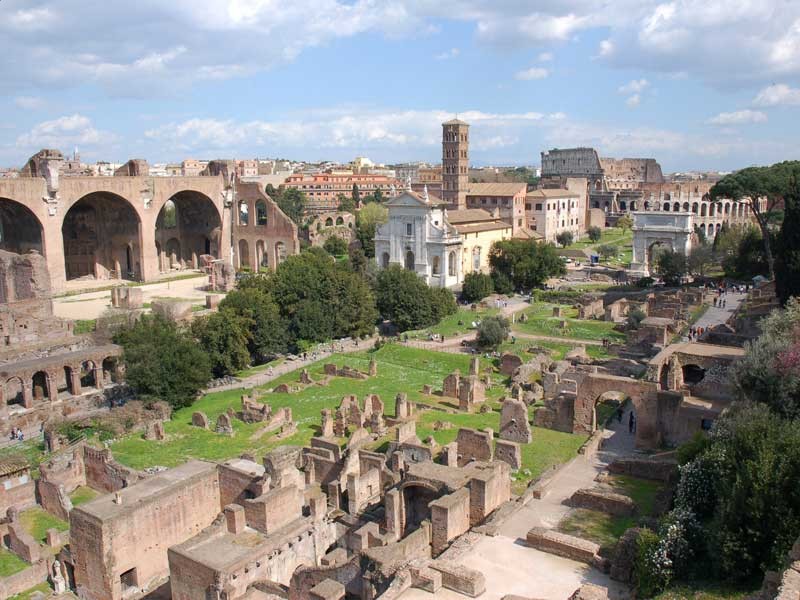 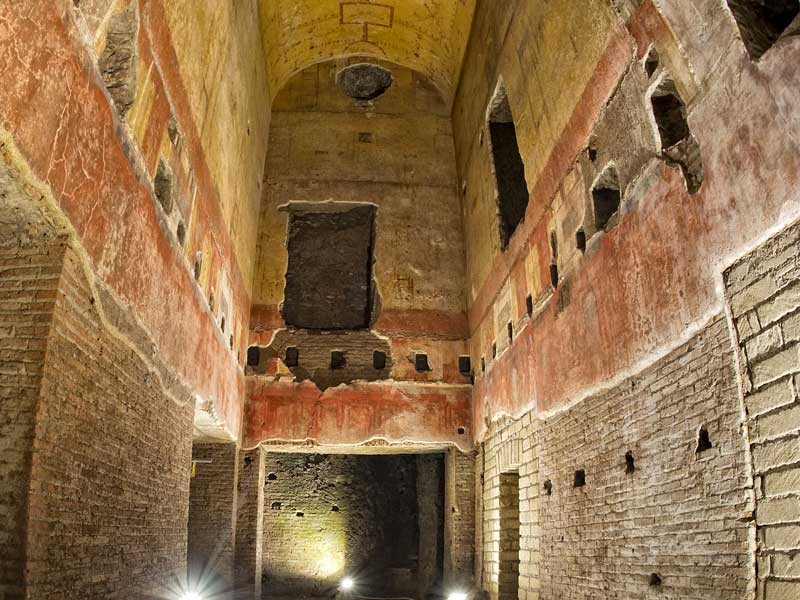 Join the lucky few to visit the outstanding Domus Aurea archaeological site, Nero’s opulent villa, which is opening to the public for guided tours only, on Saturdays and Sundays. The Domus Aurea restoration site reopens with innovative media interventions intended to increase the scientific development of the restoration site.

Live archeology and history by seeing the restauration work in progress! The Domus Aurea opening marks a special, new approach to sharing the archaeological riches of Italy with the public - not anymore "closed for restoration" but "open for restoration" – this is the new philosophy behind inviting you to understand the challenges regarding degradation and the resulting restoration techniques of the archaeological site and its paintings. Learn to appreciate the status of the work in progress and see how some of the spaces are already in better conditions after the first interventions.

After the famous fire of 64 AD, in which the Roman Emperor Nero’s house, the Domus Transitoria, was destroyed, Nero ordered the construction of the most fantastic imperial residence ever built in Rome. He used large areas of central Rome for this project, which he called Domus Aurea or Golden House. In fact, rumor has it that Nero started the fire of Rome himself, in order to clear the ground for this enormous building project. The complex is constructed on the Esquiline Hill and eventually spread over a quarter of the city, covering the Caelian and Palatine hills too.

Nero built porches, palaces, pavilions, baths (fed by both sea water and sulfurous springs), gardens, pastures, vineyards, and forests full of domestic and wild animals on an area of close to 250 acres (equalling about 250 football fields!). Severo and Celere, the architects in charge, erected buildings adorned with hundreds of statues sacked from Greece and Asia Minor around the central pond. They were preceded by the 100 feet high statue of the emperor called the Colossus, after which the Colosseum was named.

Most of the ruins of the Domus Aurea form a nucleus of almost 150 rooms, which are located around the octagonal hall, the key room of the complex, with a facade of over 1,300 feet. Most of the rooms are mainly constructed with bricks and covered by vaults of 30 to 35 feet in height.

The West wing is characterized by a rectangular garden-court, which is surrounded by a portico in ionic style. Nero’s rooms faced this secluded place. Some of the most famous rooms are located in this section, such as the “Vault of the Owl’ - room, and the “Nymphaeum of Ulysses and Polypheme,” named after the motif depicted at the center of the vault.

The East wing is centered around the octagonal hall and two huge polygonal courts opening from it. The “Room of the Golden Vault,” the “Room of Achilles in Skyros,” and the “Room of Hector and Andromache” are preserved in this section of the palace.

The absence of doors, lavatories, service rooms and heating systems excludes that the house had residential purposes and points to the fact that the Domus Aurea was used only for the Emperor’s personal enjoyment - and that of his guests, who would be courted surrounded by beauty and masterpieces.

Rediscovered during the Renaissance, the Domus Aurea was soon visited by many artists, including by Raphael, who believed at first that it was some kind of mystical grotto - which gave rise to the word grotesque he used to describe his attempts to imitate this style of painting in his own work.

Important Notes for the visit

The new project includes two measures aimed at increasing the enjoyment of the visitors with multimedia installations that make use of the latest technologies, such as video mapping on large surfaces and virtual reality. Caution: The Oculus Rift virtual reality headset is not recommended for use by children under the age of 13 extended periods, while its use is completely discouraged for persons suffering from epilepsy or severe eye diseases.

The movies of the multimedia tour in French and Spanish will be in English or Italian.
The visit to the Domus Aurea relates only to the restoration site.
The site is accessible only by guided tour, reservations are required.
The site is partially accessible to wheelchair users.
We recommend the use of comfortable shoes and jackets.
This site could be closed to the public upon recommendation of the Superintendent on the day of visit.
Groups, led exclusively by the operator, are required to observe the same stabling and the same timing. During the visit, participants must remain in the group and follow the operator's instructions. It is not allowed to break away from the group and play the tour individually.
In case of delay, it will not be possible to take part of the visit and the service will not be refunded.

Once the visit is confirmed, you can not cancel or modify.