A discovery of underground Rome, descending below two of the most ancient and important basilicas still present in Rome.

This tour is a discovery of underground Rome, descending into the subterranean below two of the most ancient and important basilicas still present in Rome. 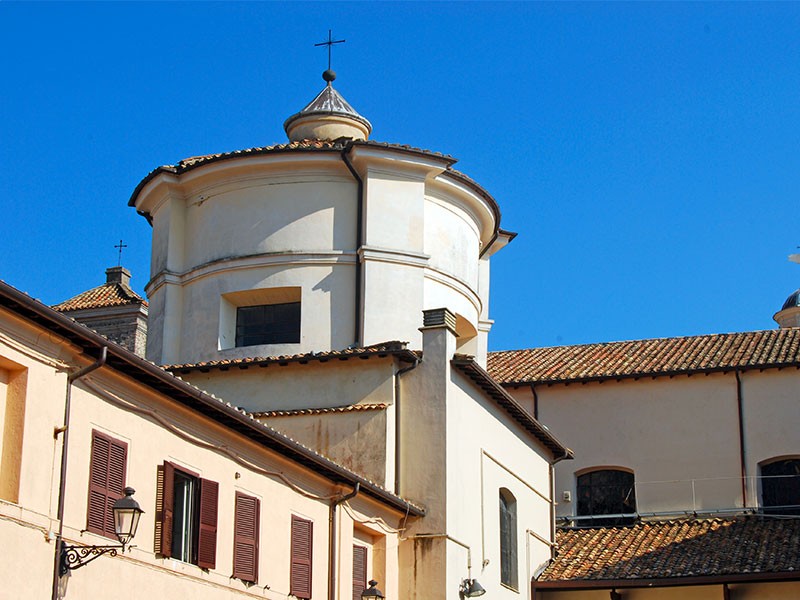 Saint Clement and the Church of Saints John and Paul

Both the archeological complex of San Clemente and the excavations under the Saints John and Paul Basilica are a prime example for how Rome is built in many layers. This fascinating journey back in time will show you how this principle is visible in the sites\' archaeological strata of diverse time periods.

San Clemente
The primitive church of San Clemente, which today is underground, dates back to the second half of the 4th century. It was modified from an existing Roman house or domus from the 3rd century, which in turn sprang up slowly from an even earlier structure. This structure is separated by a narrow passageway just over 80 cm (2.6\') wide from an insula or large habitable structure, in which a mithraeum, an underground place of worship, was established in the 3rd century. Among the many subterranean levels present in San Clemente, there is also the bed of the ancient stream known as Clivus Labicanus, which once flowed into the lake of Nero, which is the place where the Colosseum still stands today.

Saints John and Paul (Santi Giovanni e Paolo)
The ancient Basilica of Santi Giovanni e Paolo al Celio, named for the Christian soldiers who were martyred on this site in 362, is another example of the astonishing amount of historical and archaeological evidence buried in the depths of Rome.

Father Germano da San Stanislao, at the time rector of the church, discovered the underground sites of the church (“Case Romane”) when he conducted a search for the martyrs\' tombs in 1887. He found as many as twenty decorated rooms belonging to at least five different buildings dated between the 1st and 4th centuries AD. They include one of the best preserved Roman era residential building complexes, a prime example for the domus ecclesiae (a term applied to a church housed in a private home). Many of the original mosaics depicting scenes of martyrdom can still be seen.

An elegant 3rd century AD fresco depicting the Roman goddess Proserpine and other divinities among cherubs in a boat is visible in one room, which once was a nymphaeum courtyard. Between the 3rd and the 4th century AD some modifications were made to the rooms, and an oratory was created. Its walls are decorated with Christian-themed frescoes, while other depictions include flower garlands, birds, and winged genies. A confessional was also built in the 4th century AD in a passageway, frescoed with Christian themes such as the Beheading of Crispo, Crispiniano, and Benedetta, feminine figures and an orante ("person in prayer").

The Roman houses are considered a pristine and singular example of a pictorial conservation unique in Rome. They form a rich museum come to light after centuries during the course of the excavations. The association SOTTERRANEI DI ROMA, to which your guide belongs, has also been involved in a study to be conducted in the archeological area accessible only through the wells.

Necropolis of Via Triumphalis and Vatican Museums